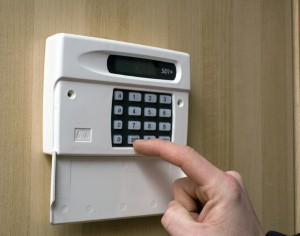 Cyberattacks are more than just a nuisance – they are a huge hindrance to bottom lines as well.

No organization wants to deal with the hassles and headaches involved in a data breach. However, cyberattacks are more than just a nuisance – they are a huge hindrance to bottom lines as well.

According to an October report from the Ponemon Institute, the average cost of a cyberattack in 2011 was $8.9 million, up 6 percent from the previous year, Network World reported.

Organizations in the United States were targeted by some of the most expensive attacks, with 44 percent of the losses coming from information theft. Of the 56 organizations that participated in the study, losses ranged from about $1.4 million to up to $46 million. Some of the biggest instances were the result of malicious code, web-based incidents and denial-of-service attacks, according to Network World.

“In the five years we have conducted this study, we have continued to see an increase in the cost to businesses for suffering a data breach,” Dr. Larry Ponemon, chairman and founder of The Ponemon Institute, said in a statement. “With a variety of threat vectors to contend with, companies must proactively implement policies and technologies that mitigate the risk of facing a costly breach.”

Reasons for the increase
According to the Ponemon Institute, botnets and other malicious attacks were the most expensive types of data breaches companies endured in 2011. In addition, the rising legal fees associated with the aftermath of these types of attacks are responsible for the increase in costs.

However, the study did find some positives in terms of how organizations are addressing cybersecurity issues. For example, an increased onus on training employees about security-related issues has decreased the number of incidents and costs related to insider breaches. Additionally, the percentage of firms saying they encrypt their information has gone from 44 percent in 2010 to 58 percent last year.

“As breaches are becoming all too commonplace, U.S. businesses can’t afford to ignore protecting the valuable, sensitive data they have been entrusted with,” Phillip Dunkelberger, president and CEO of PGP Corporation, said in a release. “Our study with the Ponemon Institute continues to demonstrate that companies whose data is not protected are not only facing expensive direct costs from cleaning up a data breach, but also a loss in

Why do you think data breaches are more costly than ever now? What layered security measures can organizations use to protect their operations? Leave your comments below to let us know what you think about this study!

Also, the team at Faronics wishes you a very safe and spooky Halloween!