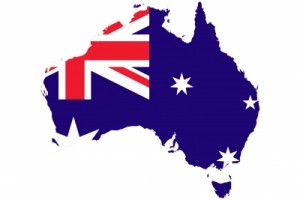 “When in Rome, do what the Romans do”

This famous quote can really apply to any nations around the world. This time we’re talking Aussies. The Australian Department of Defense, Defence Signals Directorate (DSD) has released “Strategies to Mitigate Targeted Cyber Intrusion” report. It outlines 35 ways to reduce or stop the possibility of having some sort of cyber breach.

Guess where Anti-Virus protection was on the list? Top 10? Top 5? Not even close —it was at #21! That means there are 20 better ways of preventing data theft or intrusion than Anti-Virus software.  What does that mean for the current state of protection in most computer environments? Sounds like you should have more confidence in the defense of a kidnapping dingo.

The top 4 strategies are fairly simple, and when combined greatly increase your protection:

When looking at an intrusion itself, there are three stages of an attack:

Of the top 4 strategies, application whitelisting software was the only strategy that helped reduce intrusions on all three stages of an attack.

So ask your self, what does your anti-virus do for you? Does your it catch everything? Stop every threat? Register for our webinar on August 23rd to find out about 5 Things That Your Anti-Virus Won’t Stop.