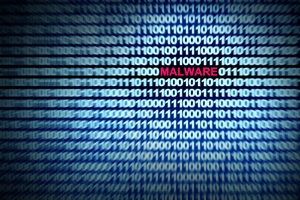 Malware's biggest ally is a false sense of security. People all over the world may think that they are careful and have a grasp on best practices, but the evolving nature of these threats makes them very difficult to completely defend against.

While many people may be able to point out an obvious fraud when they see it, chances are that there is another source of malware connected to their computer that they may not have even considered. Here are three places that malware can come from besides malicious links:

1) POS systems
Modern shopping became a much more convenient experience with the rise in popularity of debit cards. Unfortunately, this has also made shoppers much more susceptible to being attacked. Major retailers have been experiencing a string of high-profile breaches that originate with malware injected into point-of-sale terminals. This has led to a major loss of face and finances for affected organizations.

2) Routers
Every device that connects to the Internet can be targeted by a malware attack – even routers.

"Malware affecting a computer's operation is not always found in the computer itself," wrote CSO Online contributors Ronald Kaplan and Dylan Kaplan. "Just recently we encountered a common operational issue on several computers in our home network. Various browsers on different computers running different operating systems were intermittently redirecting webpages. The issue manifests itself by redirecting webpages to an unfamiliar merchant site."

3) Ads
Sometimes even websites that are clear of problems could still be inadvertently hosting trouble. Criminals have found ways to infect advertisements with malware, in some cases causing any visitor to be affected by its presence. This means that even well-known sites that are theoretically bulletproof can still manage to infect their visitors with malware.